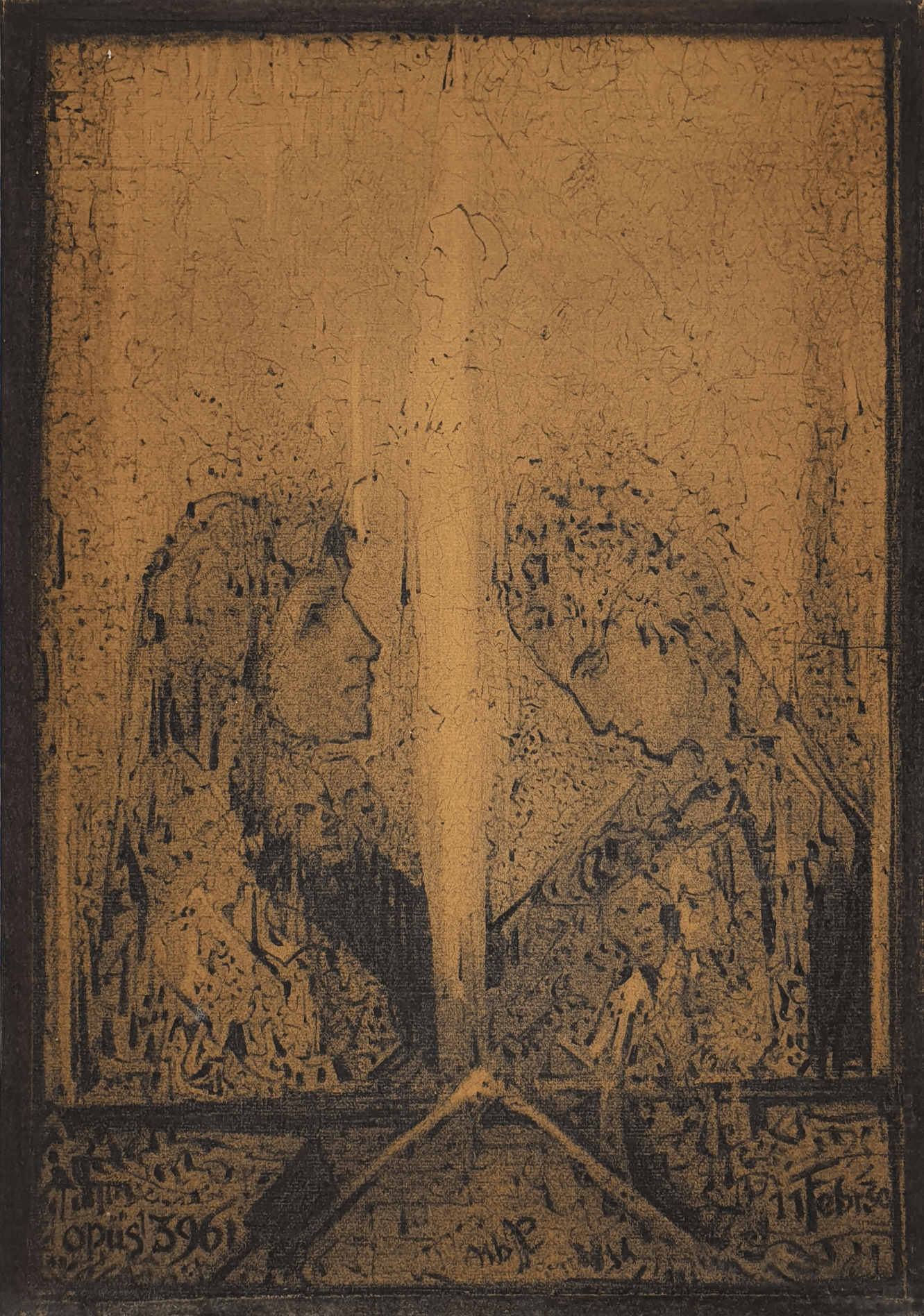 The work, Opus 3961, was made on 11 February 1930 in Albert Plasschaert's idiosyncratic style. He used strong contour lines for the main figures, and created texture with nervous lines and markings.

In the main image, two women viewed in profile can be seen. The woman on the left looks up, possibly at the line drawing of a woman's head hovering above their heads. On the right, the woman has her eyes closed and head tilted down, apparently in contemplation.

On the lower margin he created a visual predella where he titled, signed and dated the work.


Albert August Plasschaert (1866-1941) was the cousin of the art critic of the same name. As an artist he was an autodidact, he trained as an engineer originally. His work contains many mystical and religious references, as he was himself influenced by far-east inspired religious movements that gained popularity in The Netherlands. For Plasschaert, that influence resulted in a deeply personal, mystical-religious philosophy.

His work from the mid-1910s was among the first fully abstract art in The Netherlands, before the artists of De Stijl would work fully abstract. Much of his work is titled with philosophical titles, and all of his work has an 'opus'-number - opus meaning work.

Although Plasschaert was soon near-forgotten after he died in 1941, but since the last part of the 20th century, his work is consistently considered part of the symbolist avant-garde.