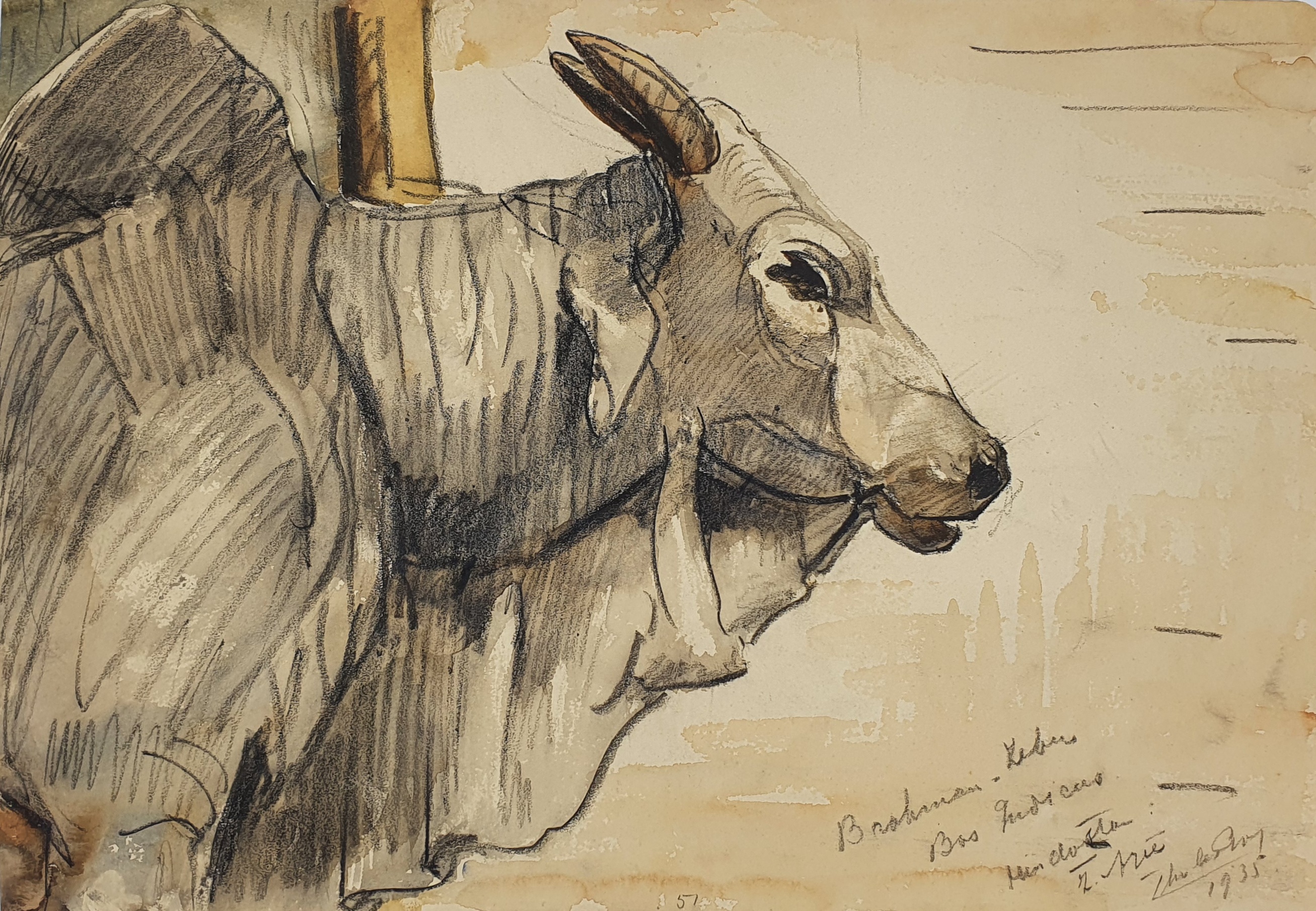 Drawing by Chris le Roy of a zebu (Bos Indicus), dated 1935. Le Roy painted the animal with crayon or conté, washed with watercolour. The annotation mentions the original range of the cattle as 'Hindustan, South Asia', referring to the Indian subcontinent, where zebus originate.

Le Roy may have drawn the zebu in Artis, the Amsterdam zoo. The photograph attached shows a Brahman zebu in Artis in 1933.


Chris le Roy (1884-1969) was born in Deventer in The Netherlands in 1884. He trained at the Royal Military Academy in Breda, and started his career in the army. When he was stationed in Leiden, he got acquainted with the artist Floris Verster, who advised him on his painting. After he was discharged due to his rheumatism he spent more of his time as an artist. By far most of his reputation came from his work on flora and fauna for posters and calendars.