Man fishing at a lake 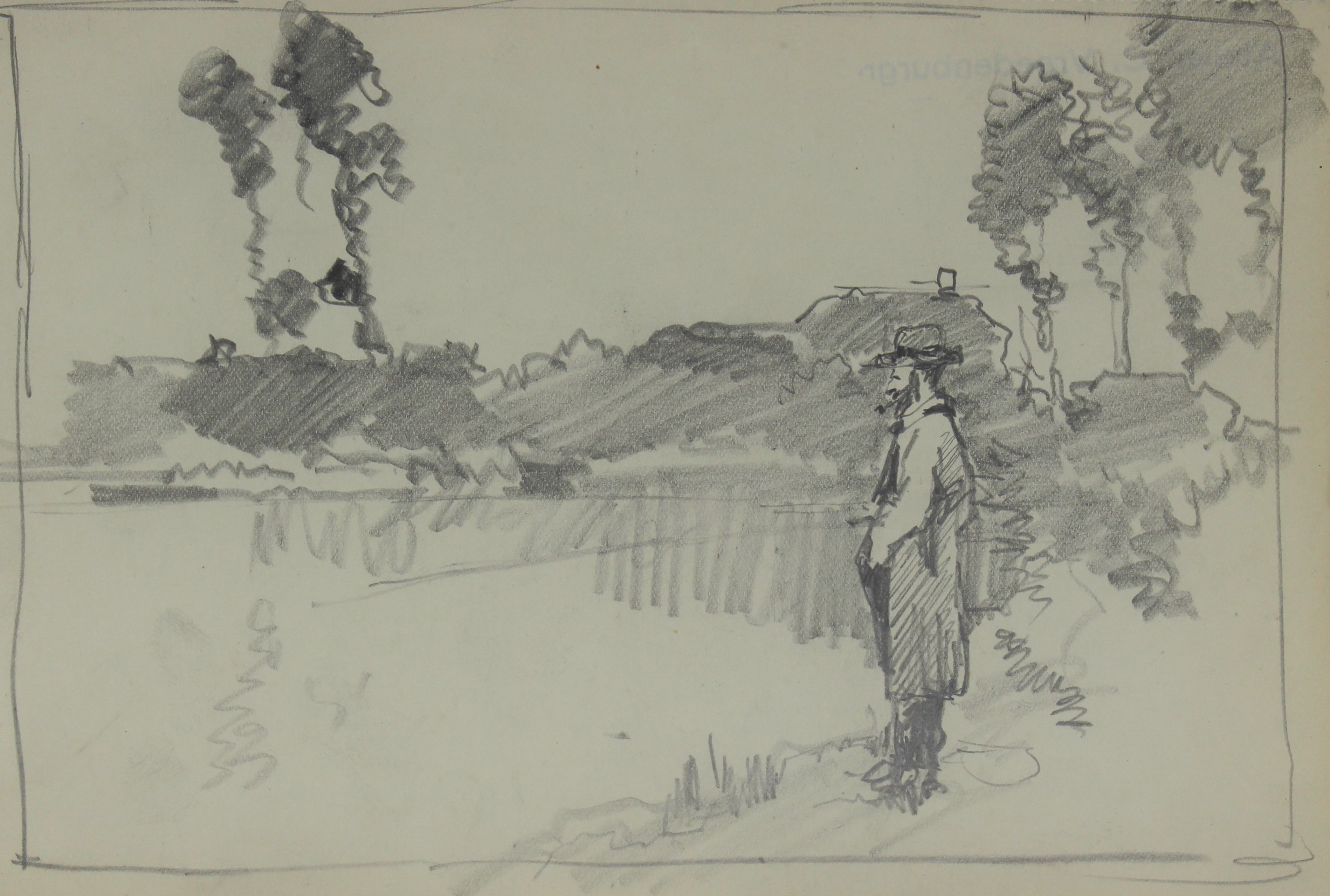 Page from a sketchbook by Cornelis Vreedenburgh. The sketch depicts a man fishing at the bank of a lake. The artist framed the scene by a line. In the background a house roof sticks out over the lake side shrubs. Very typical for Vreedenburgh, he used a swift style of drawing, while still retaining a clearly legible scene.

The sheet has been stamped on the verso with a workshop stamp reading: "Atelier C. Vreedenburgh"


Cornelis Vreedenburgh (1880-1946) was born as the son of painter and painter-decorator Gerrit Vreedenburgh sr. He was taught painting by his father, and at times received advice from painters like Albert Roelofs and Willem Bastiaan Tholen. In 1904 he was awarded a royal subsidy for three years, allowing him to work as a full-time artist. He travelled a lot, but settled down in Laren from 1917 onwards, the same village where Anton Mauve had lived, and where William and Anna Singer lived. From his move there he painted a lot of views on the lakes in the vicinity, and he regularly visited and depicted Amsterdam.