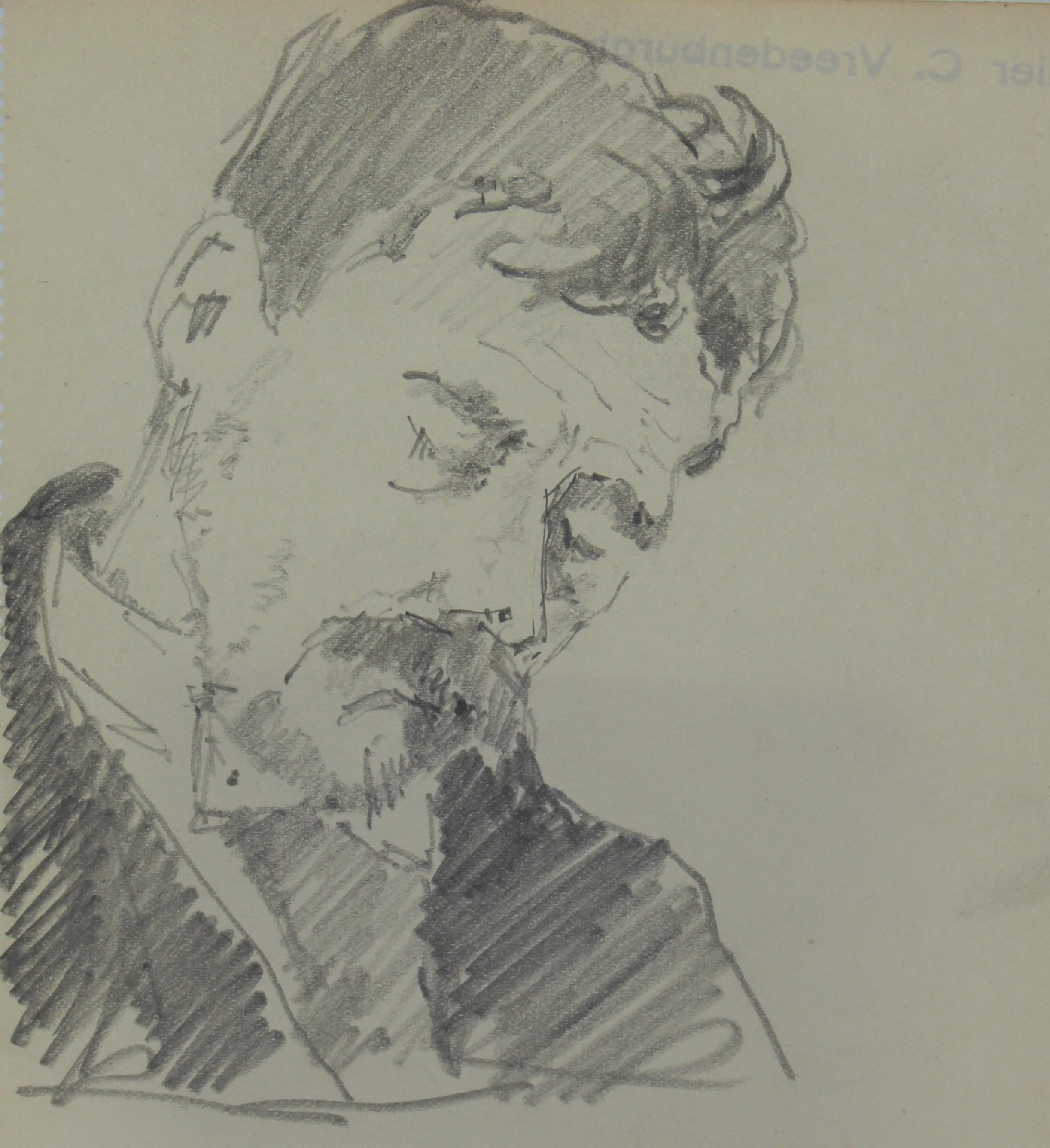 This small sketch by Vreedenburgh probably depicts someone the artist either knew well, or who he witnessed sleeping in a public space. Typically for Vreedenburgh's work, he varied his pencil marks by applying more or less pressure, or even using the sides to hatch certain parts.

The verso side of the sheet is marked by a workshop stamp.


Cornelis Vreedenburgh (1880-1946) was born as the son of painter and painter-decorator Gerrit Vreedenburgh sr. He was taught painting by his father, and at times received advice from painters like Albert Roelofs and Willem Bastiaan Tholen. In 1904 he was awarded a royal subsidy for three years, allowing him to work as a full-time artist. He travelled a lot, but settled down in Laren from 1917 onwards, the same village where Anton Mauve had lived, and where William and Anna Singer lived. From his move there he painted a lot of views on the lakes in the vicinity, and he regularly visited and depicted Amsterdam.