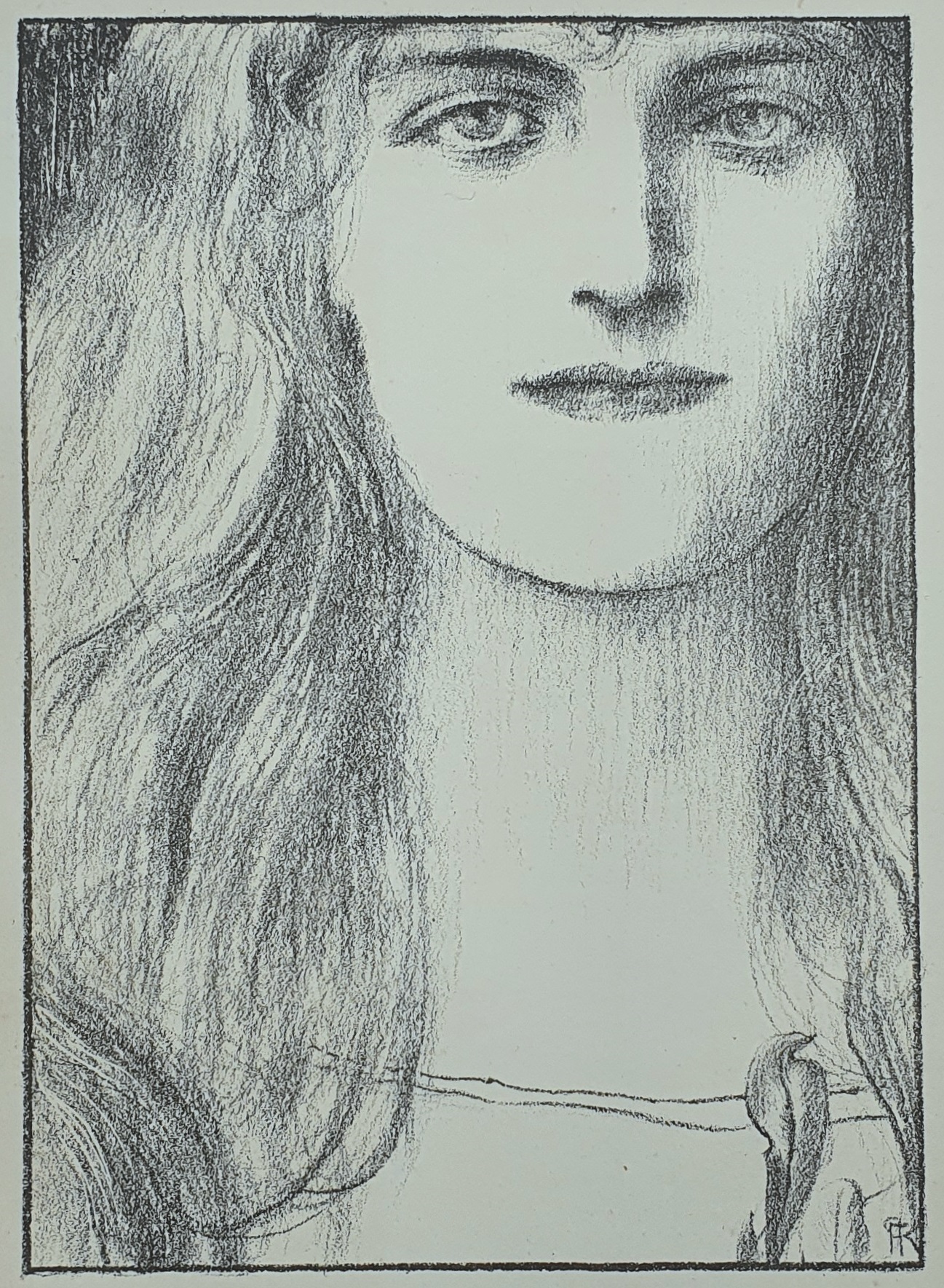 Khnopff created this lithograph, Une tête de face - a Head in Front View - in commission for the English magazine The Studio. The lithograph was published with the January edition of The Studio in 1898 (vol. XII, no. 58).

The sheet has some light stains in the margins, otherwise is good state.


Fernand-Edmond Jean Marie Khnopff (1858-1921) was born into a wealthy family. He was destined to study law, but after a year he quit pursuing a legal career. Instead he opted to study at the Brussels Academy for Fine Arts to become a painter.

He was part of a group of avant-garde students that after graduating rebelled against the conservative views of L'Essor, the circle of alumni of the Academy. The rebelling artists united under the name Les XX (Les Vingt, The Twenty). Among the other founding members were James Ensor, Théo van Rysselberghe, and Rodolphe Wytsman.

On his travels in the late 1870s, he visited England, where he got acquainted to several of the artists from the Pre-Raphaelite Brotherhood. He would maintain long friendships with several Pre-Raphaelites, and by also operating in the English art world he was well known there too. His international reputation grew as he was represented at the first exhibition of the Vienna Secession, and in the same year his work had been featured in The Studio - an English periodical.