Still-life with zinnias in a vase 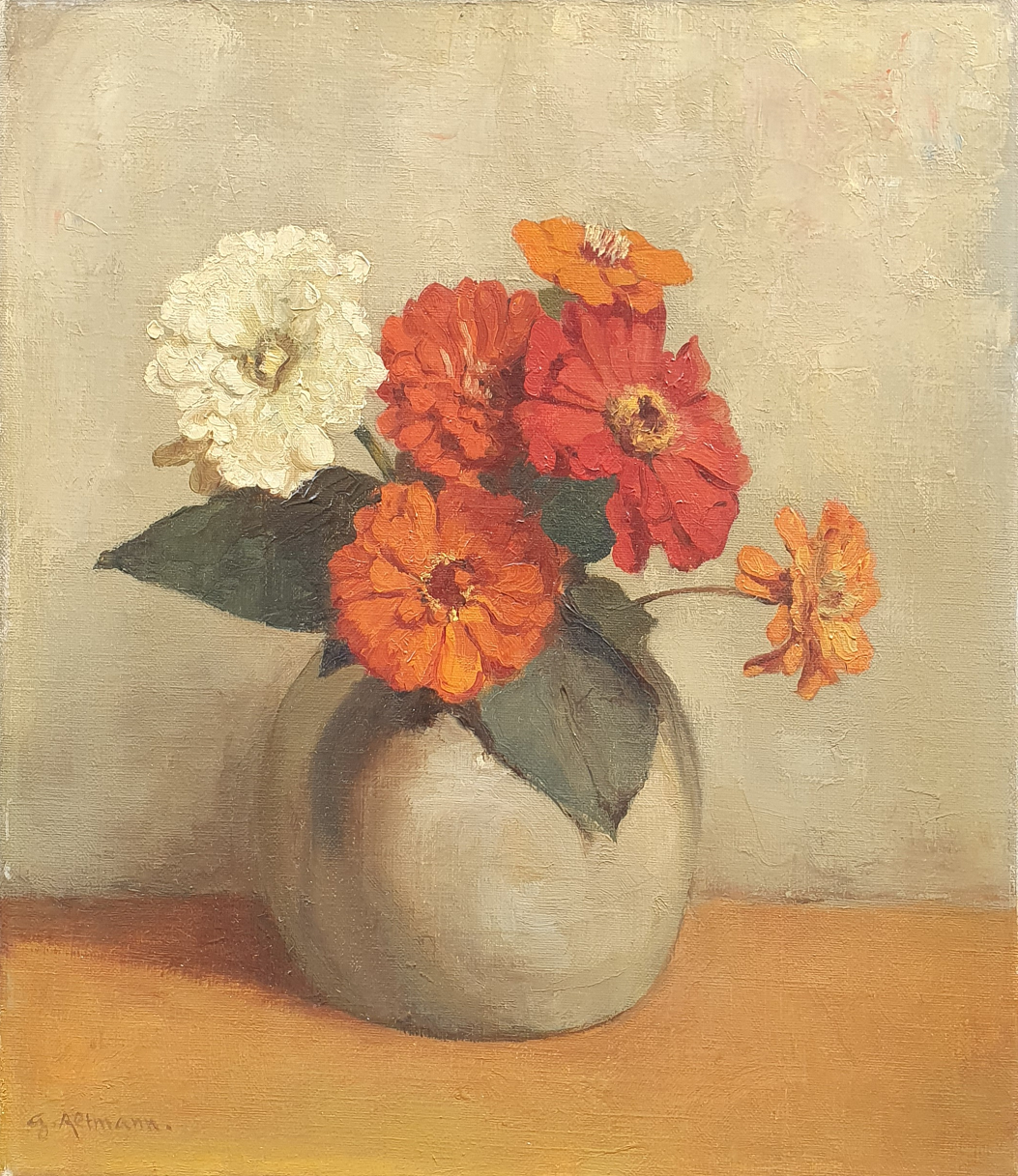 This still-life of zinnias is typical for the still-life production of Altmann, who applied his paint with free brushstrokes, related to the late Hague School. The still-life is built up of warm tones and shows his mastery of depicting different textures and materials. He used several different techniques of applying the paint for the different materials in the painting, even varying between the different colour flowers. Zinnias are a recurring subject for Altmann, most likely because of their large, colourful petals.

The painting is signed on the lower left corner: G. Altmann.


Gerard Altmann (1877-1940) was born in Rotterdam, where he lived throughout his life. Initially, he worked in an office as a correspondent, while also taking Sunday classes from Jan de Jong, a teacher at the Rotterdam Academy. From his 22nd, Altmann studied at the Rotterdam Academy for Visual Arts between 1901 and 1904. After his education, he set out to become a landscape painter, and became friends with Cornelis Vreedenburgh, who regularly painted the lakes at Kortenhoef. For most hof his career, he primarily painted landscapes in an Impressionist style, placing him in the tradition of the Hague School of painting. Besides these landscapes he regularly painted portraits, and flower still-lifes. His work was respected in his own times, and when the Dutch crown-princess turned 18, a Rotterdam committee acquired one of his paintings as an official gift to her. At the occasion of his sixtieth birthday, Altmann was honoured with an exhibition of his works in the N.V. Algemeene Kunsthandel in Rotterdam.