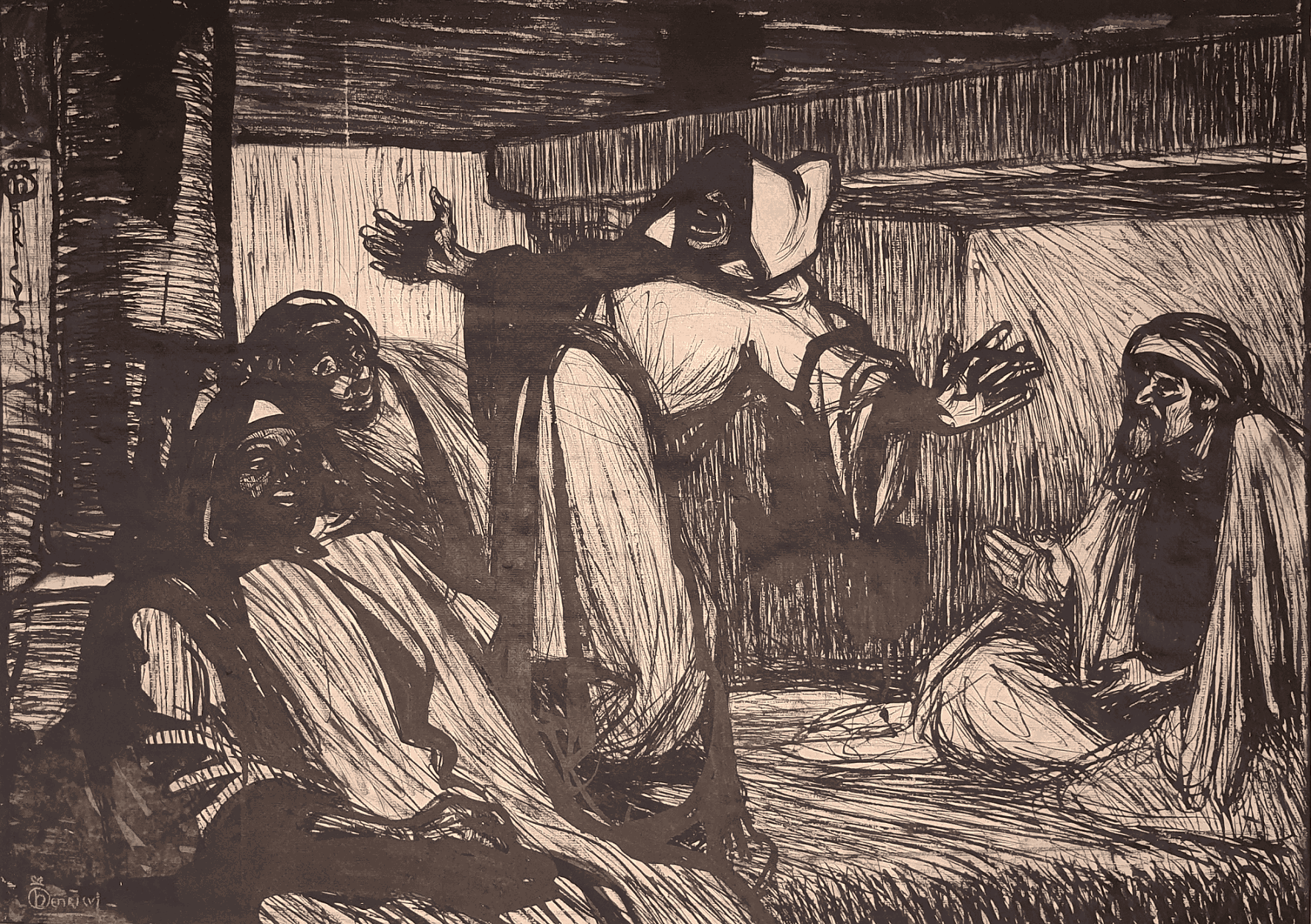 This Tunisian scene was probably made by Henricus during his almost two-year stay in Tunisia between 1899 and 1901. Although during this stay, Henricus developed his colour palette to paint the landscape and city views, but he also executed several drawings in black and white. The drawing depicts a hooded man with his arms spread out, seemingly preaching in an alleyway. On the left there are two people, one sitting against a column, the other standing bent over, turned towards the standing man. On the right-hand side a bearded man is seated, gesturing with his right hand.

Henricus used his very graphic style, which shows his proficiency as an illustrator. Henricus signed the drawing in two places: on the left-hand side from top to bottom, and in the lower left.

On the reverse side of the sheet, Henricus started a river view in coloured chalk.


Henricus Jansen (1867-1921) was born in The Hague, and he went by the pseudonym Henricus professionally. In his home town he also trained as an artist at the Academy for visual arts between 1883 and 1885, after which he worked as an illustrator and graphic artist.

He was at the height of his fame in the years after his return, and was commissioned to paint the decorations on the ceiling of the Koninklijke Schouwburg (Royal Playhouse) in The Hague. He executed the decoration in the fashionable Art Nouveau style. Henricus had his greatest success with this style of working, and possibly his greatest legacy was his suite of 27 lithographs of Dat Liedekin van Heere Halewine (The Song of Lord Halewijn). In line with artists like Alphonse Mucha, Henricus used muted colours for his Art Nouveau lithographs. Very idiosyncratically, he gave the figures he depicted a strong black outline, followed by a white margin. The figures would, as a direct result of those outlines, stand out from the background.

Works by Henricus can be found at the Rijksmuseum in Amsterdam.