House by the bend of a road 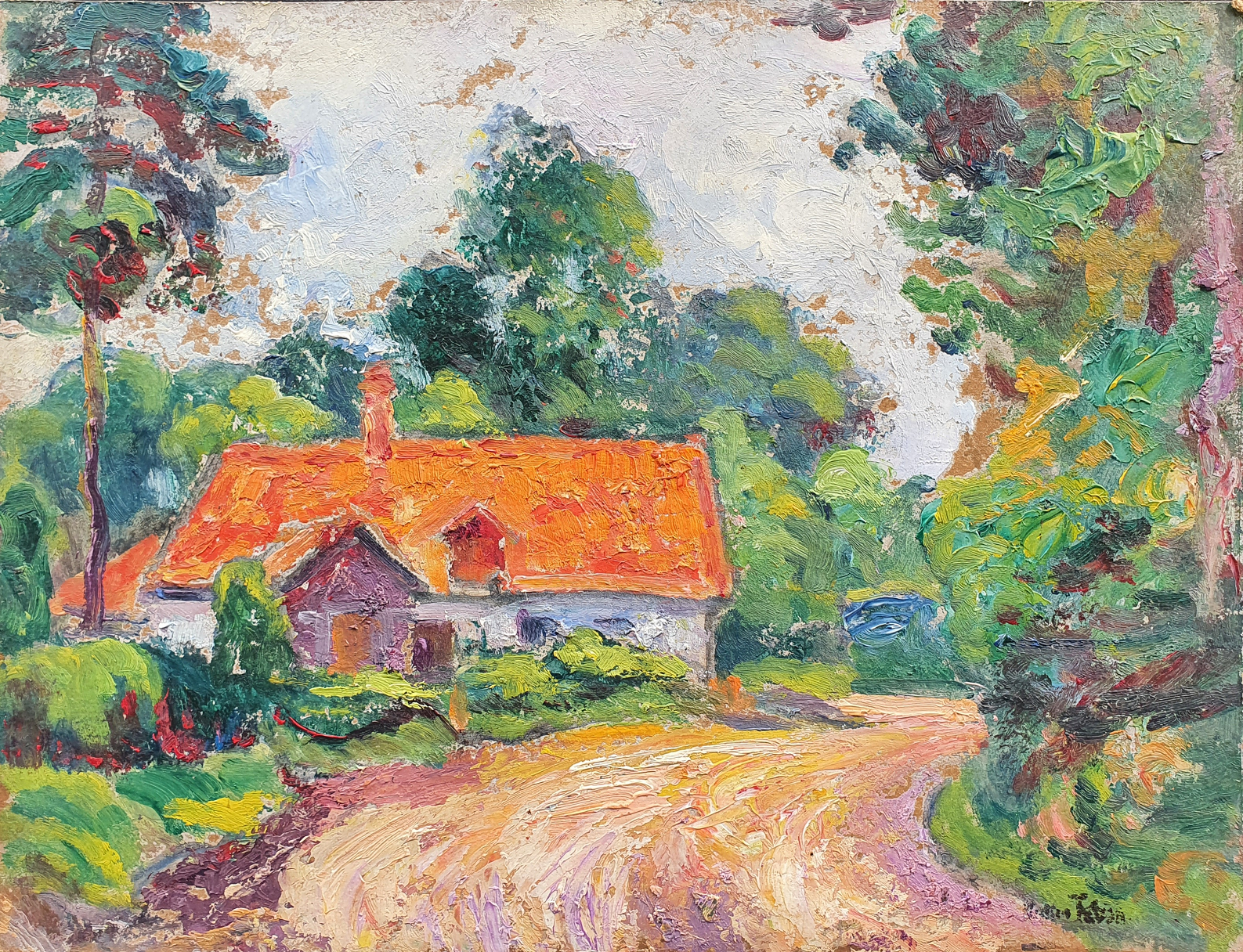 Oil sketch of a red-roofed house by a road. Féron varied his brushwork, from thin and flowing to a thicker layer on parts of the foliage. In line with his friend Armand Guillaumin, his palette shows exaggerated colours. The road, painted in pinks, purples and yellows is painted with long brushstrokes, and bend of to the right. For the trees behind the house, Féron used paints with a slightly more subdued colour and blue shades in order to create a sense of depth.

Has a (smudged) a workshop stamp in the lower right corner and the back of the board.


Julien-Hippolyte Féron (1864-1945) was born in the Normandy commune of Saint-Jean-du-Cardonnay. He first trained as an engineer and, through his well-to-do father, started a business as an alcohol distributor. At this business he became very successful throughout the region. With the money he earned from business he was able to afford a sizeable studio to paint in. As an artist he was mostly self-taught, and at first employed a generic, impressionist style. From when he was introduced to Armand Guillaumin in 1904, his style became related to the fauvist painters. Like the fauvist painters, Féron started using bright and sometimes unmixed colours. Féron used his bright palette and loose brushwork to paint landscapes in his native region. On several occasions, he exhibited his paintings in Paris. Among the places where he exhibited were the Salon des Artistes Indépendants and the Salon d’Automne. Féron's work can be found in private collections, and in the collection of the Musée Carnavalet. Besides his work as an alcohol distributor and a painter, Féron was the mayor of the village of Le Houlme between 1912 and 1924.