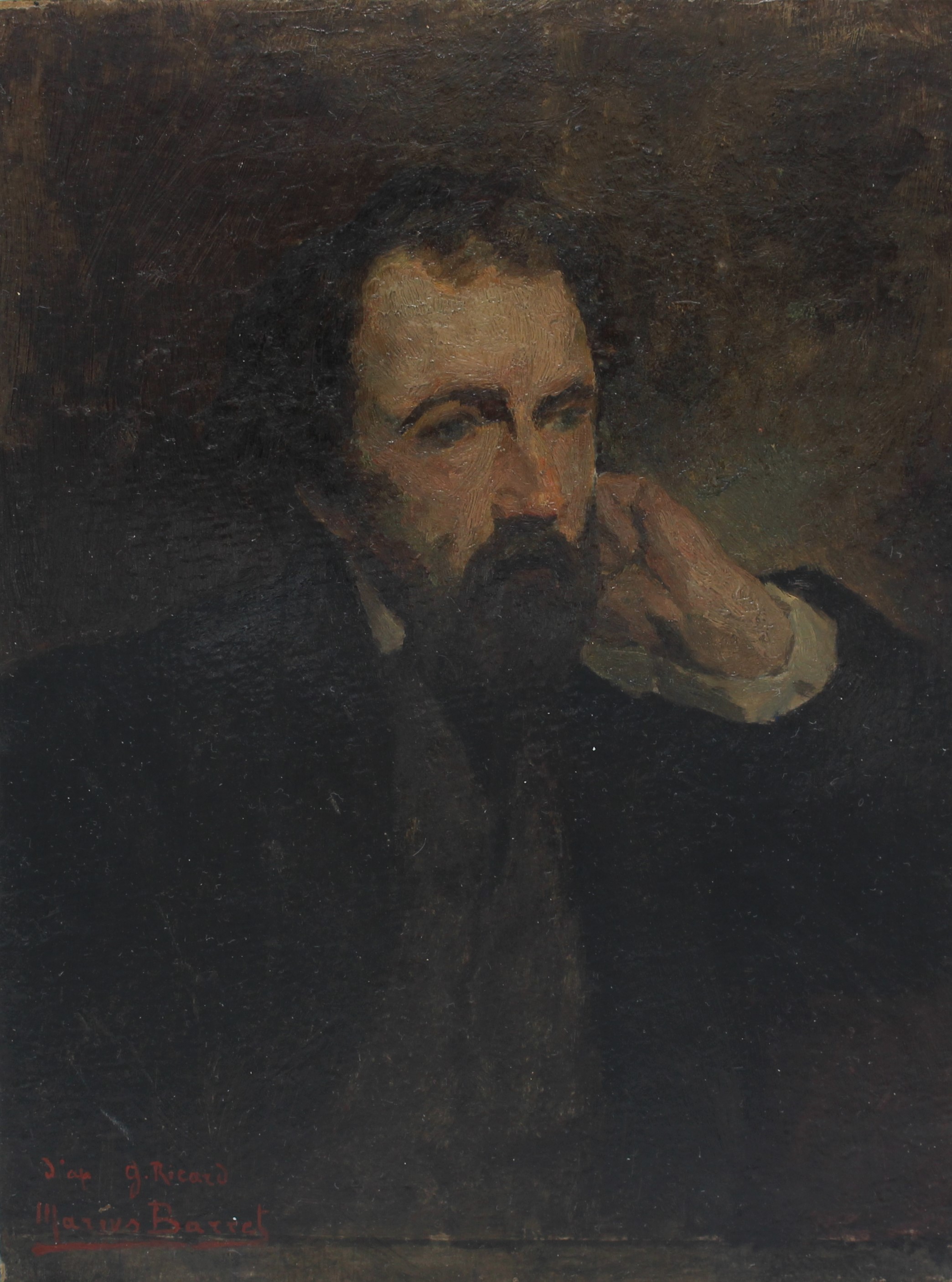 This work by Marius-Antoine Barret is probably a learning copy from the portrait Gustave Ricard painted of his colleague Paul Chenavard. The original work is 74 cm high and 60 cm wide, with the copy being about a third of the heighth and length. Ricard's portrait was at the museum in Marseille since 1885, when Barret was about 20 years old, and probably painted in the museum as part of his training. Young artists were often encouraged to visit museums and paint copies on location, to learn from earlier masters.

Barret has managed to convey the personality of the sitter, in a more quickly executed manner of painting.

The work is signed in the lower left with red paint:


Marius Barret (1865-1929) trained as an artist at the École des Beaux-Arts in his home town of Marseille. He studied under Dominique Magaud, Raphaël Collin and Jean-Baptiste Olive. He painted portraits, history paintings, genrepaintings and the landscape around his native Marseille. Later in his career he became a teacher at the École des Beaux-Arts, his alma mater. He exhibited at the Paris Salon des Artistes Francais between 1886 and 1928, receiving a silver medal in 1928 and an honourable mention in 1928.

Work by Barret can be found in the collection of the Musée des Beaux-Arts, and Musée Cantini, both in Marseille.