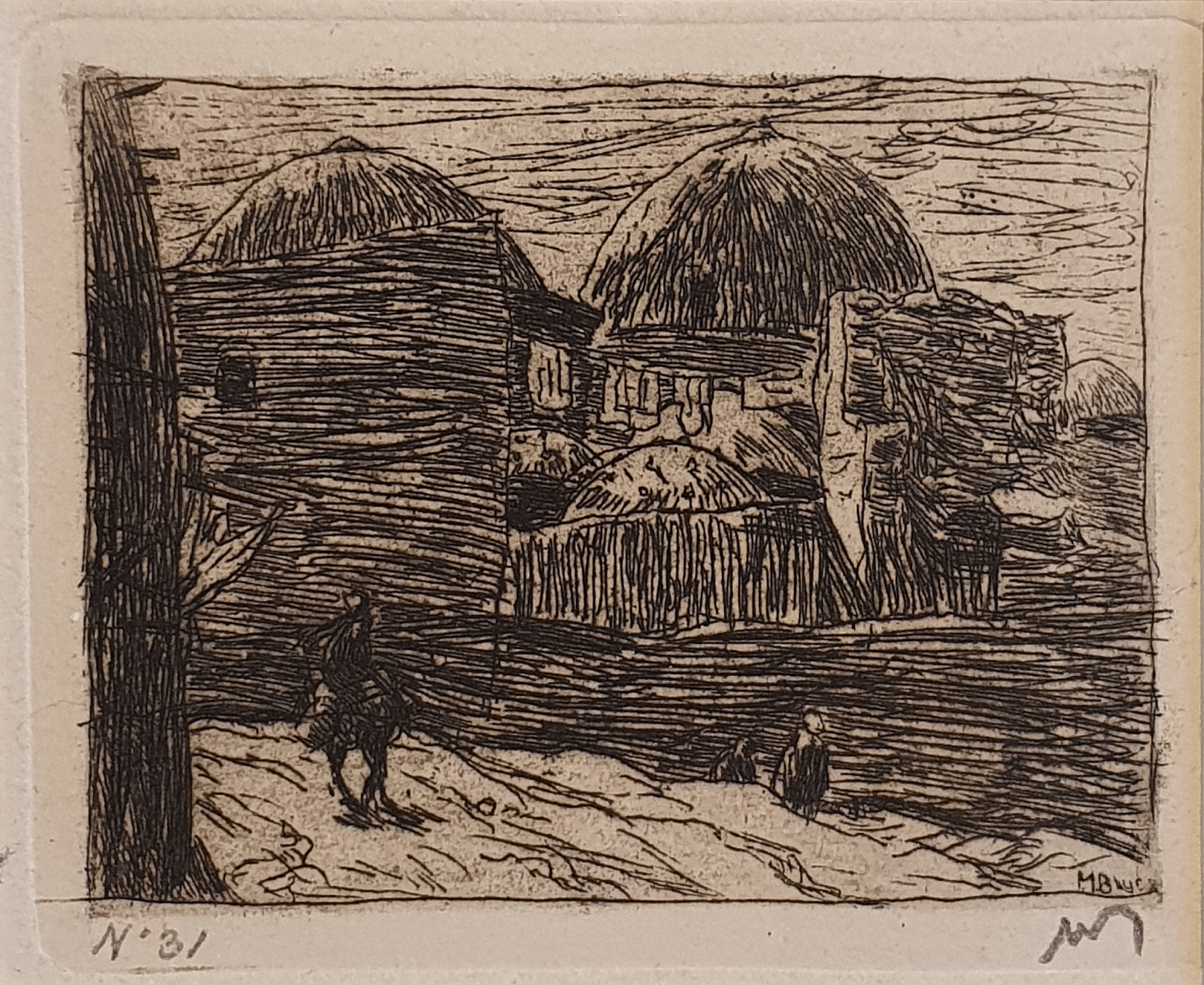 Marius Bauer visited the Ottoman Empire for the first time in 1888, and from that point on he returned there on several occasions. After the return from his first trip, he produced several etchings of subjects he encountered during this trip.

This small etching from about 1889 shows the domes of one of the bathhouses in Constantinople, in the fluid style of drawing Bauer is best known for. In the foreground, several figures can be discerned. One rides atop a pack animal on the left, and two more on the middle-right, partly obscured by the higher ground in the foreground, are walking.

Bauer used plate-tone - a residue of ink on the surface of the plate - to reduce the harsh contrast between the black in an the cream coloured paper. By doing so, he employed a tactic in use since the 17th century for creating an interesting play of light and dark.

The etching is signed in the plate (lower right: MBauer), and numbered and monographed in pencil in the lower margin (lower left: No31, lower right: MB).


Marius Bauer (1867-1932) was born in The Hague. He studied at the Academy of Visual Arts in his birthplace from when he was about 13. He showed great promise, and won the drawing competitions of the academy several times.

After his studies he started travelling, from the mid-1880s on he undertook many study trips. He visited France, England, the Dutch East Indies (now Indonesia), Russia, but more importantly: the Ottoman Empire, Egypt, India and Morocco. In those last countries he would pick up the subject matter that he would return to time and time again.

The most recognizable part of his oeuvre are his orientalist depictions of buildings and people from middle-eastern and north-African countries. Besides this group of works, he also created political prints under the pseudonym Rusticus.