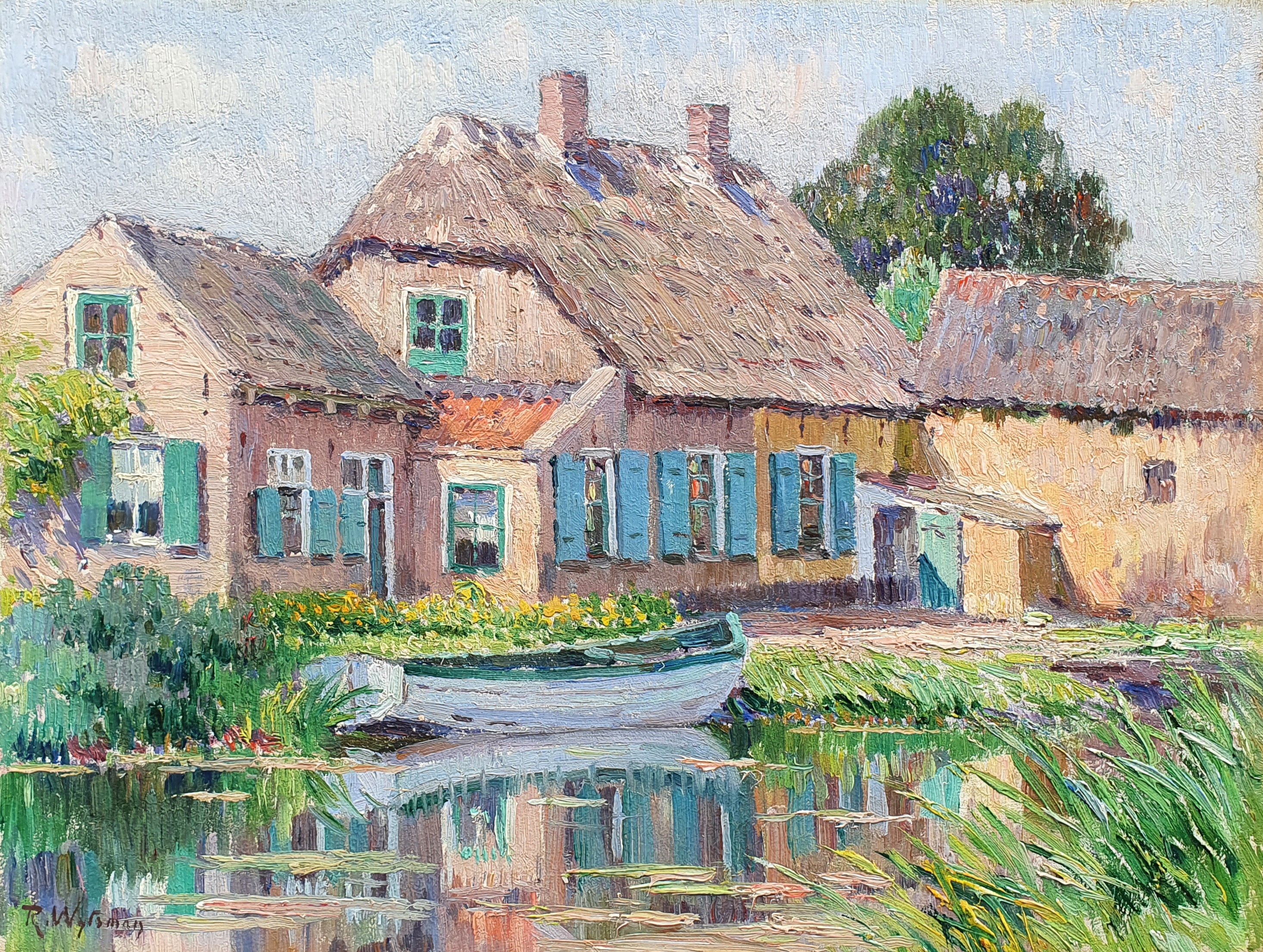 Rodolphe Wytsman (1860-1927) stayed in The Netherlands between 1914 and 1918, to escape the terrors of the First World War. Together with his wife, Juliette, Rodolphe was one of the central figures in the group of Belgian refugee artists. He continued painting, taking up some typically Dutch landscapes like this view on a farm near the village of Kralingen (near Rotterdam). His Luminist version of Impressionism shows here in the way he depicted the flowers in the garden, and the (reflection of) the row boat in the middle of the image. Throughout this painting he used a varying brushstroke, adapting shape, direction and the thickness of the paint layer to the effect he wanted to convey.


Rodolphe Paul Wytsman (1860-1927) was a Belgian painter, born in Dendermonde, and trained at the Academy for Visual Arts in Ghent. After finishing at the Academy, he travelled to Italy. Upon his return in 1883, he got to know Juliette Trulemans (1866-1925), who would later become his wife. For most of their career, the couple worked together, both working in their distinct style. Juliette would use a variety of thickly and thinly applied paint. Rodolphe used a technique more related to the Impressionists, using a variety of lively brushstrokes.

In 1884, Rodolphe Wytsman was one of the founding members of Les XX (les vingt), the group of avant-garde artists rebelling against the academic Salon and other conservative institutions. Wytsman quit his membership of the group after a couple of years. He again exhibited with its successive association: La Libre Esthetique, which was founded 1893.

With La Libre Esthetique, the Luminist movement gained momentum, thanks to painters like Emile Claus. Wytsman combined his Impressionist brushwork with the attention to light effects of Emile Claus, to create his ideosyncratic luminism. During the First World War, Rodolphe and Juliette Wytsman were among the many Belgian artists fleeing the terrors of war. They settled for the time in The Netherlands, with Rodolphe as one of the central figures in the community of Belgian artists.