View on the Church of Our Lady in Veere 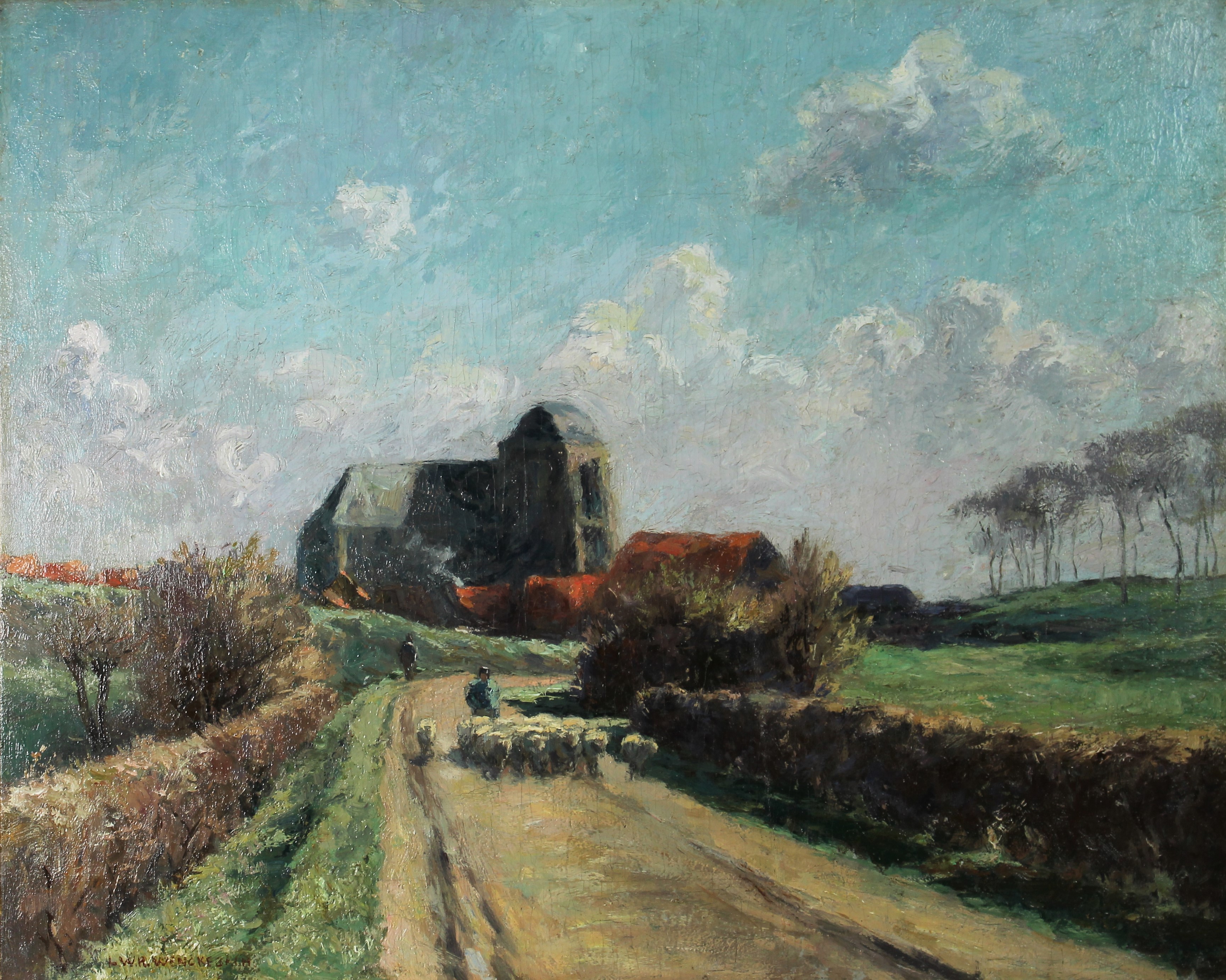 Willem Wenckebach probably painted this view on the Church of Our Lady around 1917, around the time he specialized in painting, after his initial success as an illustrator. The work shows the small town of Veere in the Dutch province Zeeland, seen from the North-West. On the foreground, a shepherd walks his flock out of town. In the background the Church of Our Lady – or Grote Kerk – dominates the landscape.

Wenckebach painted the view in a luminist style, emphasizing the effect of the light of the morning sun lighting the church. The technique he used is akin to the impressionists, which shows most clearly in his loose and varied brushwork. Especially in the sky but also throughout the painting he displays his mastery of colour.

Veere is situated on the coast and historically was a successful trade town on the former island of Walcheren. In the early twentieth century the region became a popular destination for artists to visit, particularly the city of Domburg. The seaside resort attracted artists like James McNeill Whistler, Piet Mondriaan and Jan Toorop.


Ludwig Willem Reijmert (Willem) Wenckebach was born in The Hague in 1860. He initially trained as a landscaper, before training as an artist. In 1880, two years after he started his painting lessons with Utrecht painter Dirk van Lokhorst, Wenckebach received a Royal Subsidy for four years. Working from Utrecht, Wenckebach joined the artists association ‘Kunstliefde’, where he befriended Anton van Rappard (1858-1892). The two frequently worked together, and through Van Rappard, Wenckebach got to know Vincent van Gogh (1853-1890). In his letters, Van Gogh spoke favourable of Wenckebach, and he appreciated the advice he gave him.

From 1887 on, he worked as an illustrator, in cooperation with a printer working for several publishers. The most renowned of his work was on the Verkade-albums. He designed most of the albums in the first series op album, published between 1903 and 1916. His cover designs for these albums about nature were part of the tremendous success of the series.

Throughout his career as an illustrator, he continued to produce autonomous paintings. From 1917 he once more directed his attention to painting, due to commercial success.