Grazing cow in a Flemish landscape 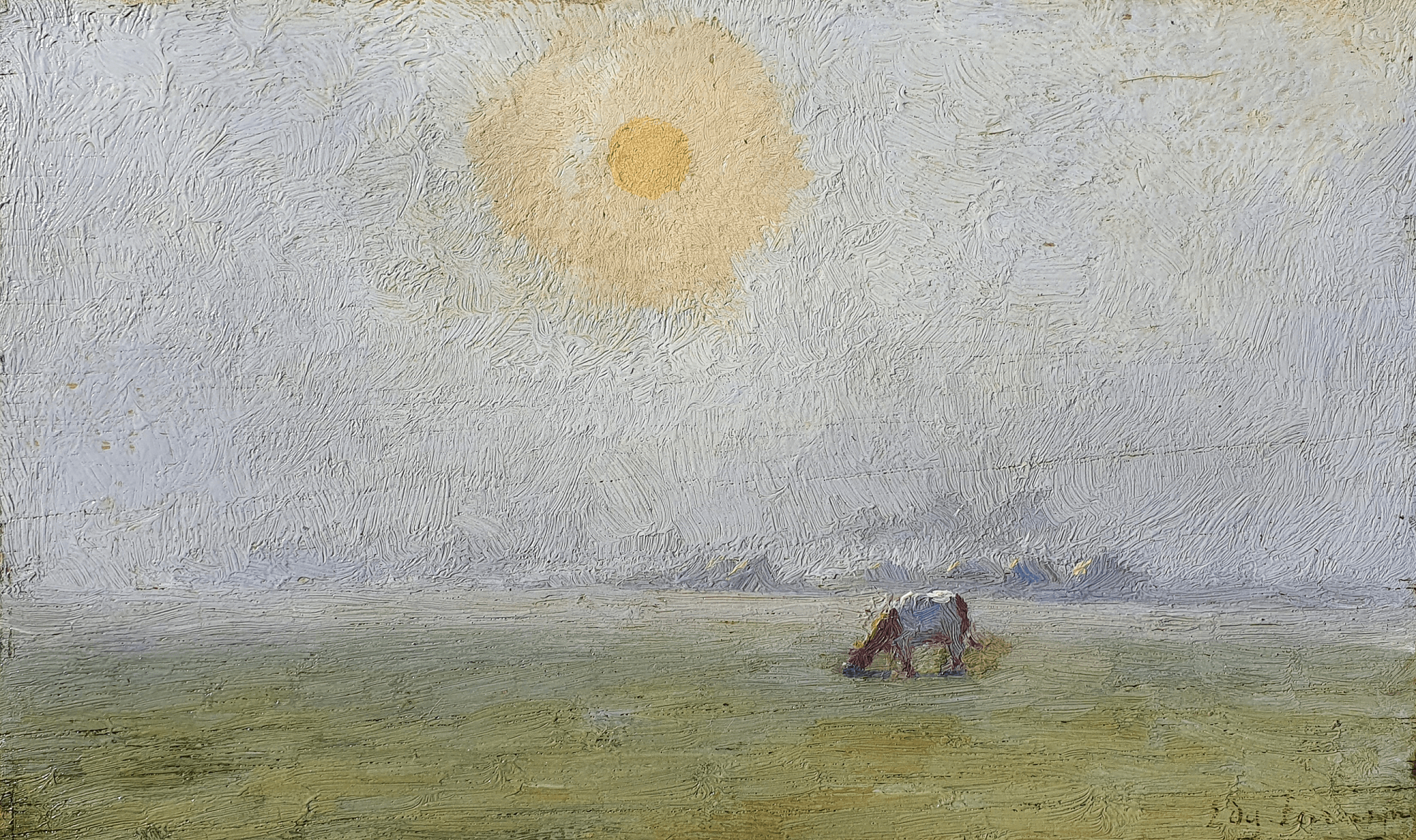 This landscape shows Edgard Farasyn at his most atmospheric. The small painting shows a single cow grazing in a pasture, lit by the low sun from the back. Farasyn depicted a scene in the morning, while the sun is still low in the sky and the sky itself seems to be a bit hazy. As Farasyn regularly did, he paid less attention to precisely depicting every detail, in order to obtain the right atmospheric feel. The use of the raking light over the cow’s back, and on the roofs in the background, Farasyn shows his kinship to the Belgian luminists. Besides his fresh palette, he employed a varied brushstroke, providing texture and direction to the painting.


The Antwerp born painter Edgard Farasyn (1858-1938) trained as an artist at the Antwerp Academy. In his painting he often chose to depict coastal scenes, often of fishing villages from the Belgian and Dutch coast. Especially the fishing village of Katwijk where artists like Jozef Israëls and Jan Toorop had worked earlier to depict the same type of subject matter. On some occasions he would also depict the Flemish landscape and, in line with Belgian luminism, would pay special attention to the lighting of the scene. This often resulted in vibrant paintings, where Farasyn would be willing to forgo detail to achieve a certain atmosphere. Works by Farasyn can be found in several Belgian and Dutch museums.